German thrash force Sodom released their third LP, Agent Orange, on June 1, 1989.  This 30th anniversary illustration commemorates the album’s suffocating spirit and legacy throughout further thrash, death and black metal in the following years.  The overarching theme comes from bassist/vocalist Tom Angelripper’s fascination of the Vietnam war.  Although extremely violent in lyrical and sonic content, Angelripper focuses on the atrocities of war as form of protest rather than glorification.  Agent Orange was dedicated to all who lost their lives in such horrors created by mankind as per the original packaging’s inscription. 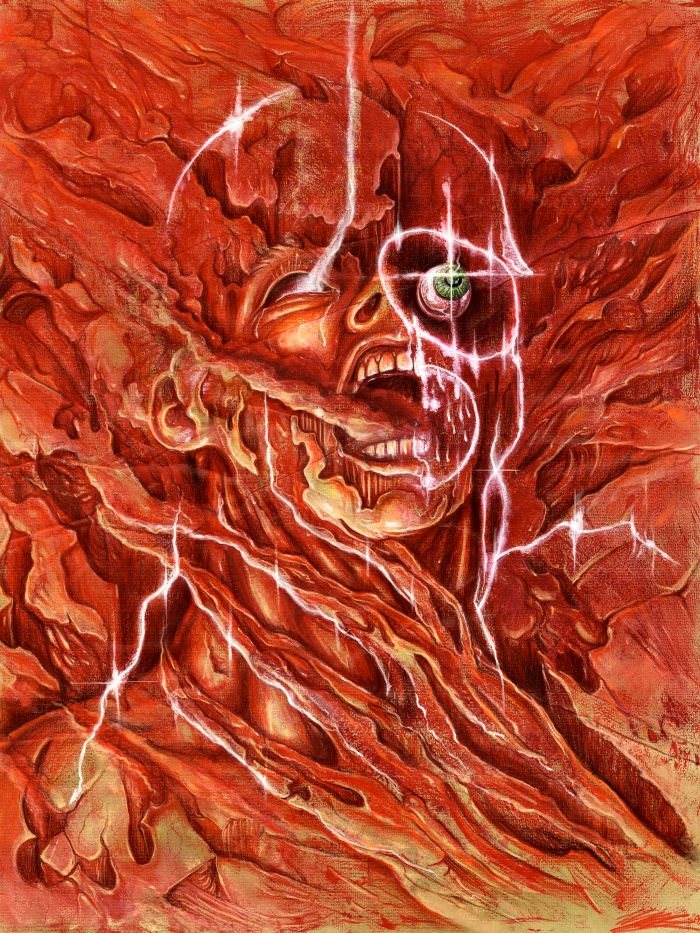